Ontario to cut red-tape in mining 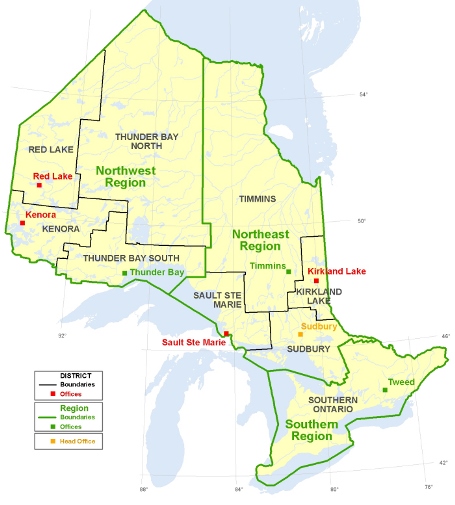 The Ontario government announced it will set up a working group to cut red-tape in the mining sector to boost new investment.
The announcement was made by Premier Doug Ford and Minister of Energy, Northern Development and Mines, Greg Rickford at the PDAC conference in Toronto in March, 2019.
Premier Doug Ford and Greg Rickford, Minister of Energy, Northern Development and Mines, were at the Prospectors and Developers Association of Canada (PDAC) annual mining convention to announce the establishment of the group, which held its inaugural meeting today.
"Ontario's mining sector drives so much of the province's growth," said Ford. "We need to cut red tape so we can attract global investment, expand the industry and create more and better jobs in Ontario."
Ontario’s mining industry creates more than 26,000 direct and 50,000 indirect jobs.
The group, chaired by Minister Rickford, brings together industry representatives that reflect the diversity and strength of the province's mining sector. They include accomplished leaders from mining and exploration companies, prospectors and Indigenous business organizations.
Members will provide the province with input on important issues affecting the minerals sector, while identifying opportunities to ensure future growth, competitiveness and prosperity.
“I want to overhaul [the Mining Act] in a way that makes Ontario the No. 1 friendly jurisdiction for doing mining business,” Rickford said.
"For too long, Ontario's minerals sector has been mired in lengthy regulatory approvals and other barriers to investment," he said.
"By convening this working group of industry leaders, our government is sending a strong signal to the world that Ontario's mining industry is open for business and open for jobs."
Ontario dropped from 7th last year to 20th this year, with investors giving the province low marks for regulatory uncertainty and concerns about disputed land claims. Investors also perceived Ontario’s mineral potential as less attractive.
By cutting red tape and removing barriers to mining, the Ford government hopes to attract investment and restore Ontario as a top mining area.