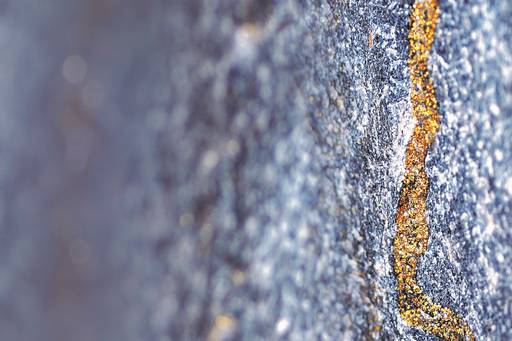 While recent merger and acquisitions have raised concerns about the future of Canada's mining sector, domestic firms remain optimistic about growth opportunities, finds KPMG International's latest global mining risk report.
"Mining is at a bit of a crossroads in Canada," says Heather Cheeseman, Partner, Energy and Natural Resources for KPMG in Canada. "Innovation and new technologies are rapidly reshaping the sector, while environmental and social expectations continue to grow. At the same time, we are seeing consolidation in the industry as companies look to find synergies and drive down costs."
Cheeseman notes that despite the many factors disrupting the industry, miners remain confident that they will be able to continue to grow their companies. "While organic growth will always be the main driver, Canadian executives are increasingly seeing mergers and acquisitions and technology as the keys to expansion."
Mining companies are confident in growth. The KPMG report found that:
73 per cent expect to grow organically
40 per cent plan to grow via mergers and acquisitions
29 per cent plan to use innovation and technological transformation to grow
"There has been some concern about the future of the sector in Canada given recent deals that could shift control out of the country," adds Cheeseman. "While I think the conditions driving change will only grow in 2019, I expect the Canadian mining sector to remain healthy. In fact, I expect a number of Canadian players to go on offense and be buyers this year."
The report finds that mining executives increasingly believe innovation and advances in technology will reshape the industry with nearly three-quarters (73 per cent) seeing this as more of an opportunity to their companies than a threat.
"More than a third (37 per cent) of executives expect technology will drive major disruption in the next three years with 42 per cent saying their own companies are already actively disrupting the sector," says Cheeseman. "Mining firms are focusing their investments in areas such as data and analytic tools (53 per cent), autonomous vehicles (30 per cent) and robotic process automation (29 per cent)."
She notes that it is a good sign that most see technology as an opportunity to improve the bottom line and separate themselves from their competitors. However, she is concerned that many see only the transformational opportunities, without recognizing the associated risk. "Surprisingly, despite seeing the potential for technology to improve their own businesses, risks related to technology and disruption did not crack the top ten list of threats. Yet, a third expect that technology advances will weaken or eliminate traditional leaders in the sector.
"It appears that many still view major investments in new technology as something to do down the road, not right now. Miners need to understand that digital technology is rapidly changing the industry and by delaying implementation they are at risk of being weakened.  There are also technology advances with a lower upfront investment that can quickly add value."
The report also identifies access to talent as a growing risk for miners. "The ability to manage an evolving workforce was reported as the number one capability needed by mining companies," says Cheeseman. "Attracting talent has long been a challenge for the sector and the adoption of new technologies and increased competition with other sectors for key skills will continue to put upward pressure on labor costs. Mining organizations are using new tools including cloud-based HR systems, data analysis of employee performance and real-time digital learning to manage and develop talent.
"While traditional roles such as mining engineers and geologists remain highly important, less traditional roles such as data scientist or geopolitical specialist are now seen as key in the industry. Equally significant was the fact that 39 per cent of executives said that a workforce capability involving emerging technologies was highly important to their businesses."
Canadian stock exchanges are the global leader in mining financings, and Canada continues to be a global hub for mining finance. It is no surprise that access to capital and commodity prices continue to rank in the top three risks by Canadian respondents, as companies navigate a volatile market.
Permitting also continues to be top of mind for Canadian respondents. Canadian mining companies continue to face increasing levels of regulation and scrutiny in order to get key mining permits granted, both at home, in Canada and across the globe. With new mining projects pushing deeper into socially and environmentally sensitive areas, responsible extractive and processing methods continue to be paramount. However, these can have a material impact on development and operating costs that can be challenging to
absorb, especially in periods of low commodity prices.
KPMG LLP, an Audit, Tax and Advisory firm (kpmg.ca) and a Canadian limited liability partnership established under the laws of Ontario, is the Canadian member firm of KPMG International Cooperative ("KPMG International"). KPMG member firms around the world have 207,000 professionals, in 153 countries.
For more information: https://home.kpmg/ca/en/home/insights/2019/02/risks-and-opportunities-for-mining-2019.html