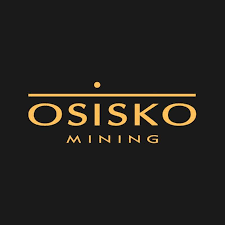 Osisko Mining Inc. and Chantrell Ventures Corp. announced announce they have entered into a binding letter agreement by which Osisko will effect a business combination that will result in a reverse takeover of Chantrell by Osisko.

Through proposed transaction , Osisko will transfer certain non-core assets of Osisko with a value of approximately $99.9 million to Chantrell in exchange for shares of Chantrell.  In addition the shares of Chantrell will be subject to a consolidation on a 40:1 basis, subject to adjustment.
John Burzynski, President and CEO of Osisko stated:  “When we launched the new Osisko Mining in 2015 we employed the same consolidation strategy used successfully in the Malartic Camp, with the difference being we began consolidating ground in three camps.  Our exceptional success at Windfall has been based on focusing all of our efforts on the Urban Barry – Quevillon district. As a result we have done only minimal work on advancing a number of our early Osislo Mining acquisitions.  Drilling out the Windfall deposit and accelerating exploration on our extensive 3,500 square kilometre land package in the Urban Barry – Quevillon district will continue to be the focus of Osisko Mining.  The non-core assets will now become important pieces for O3 Mining to independently continue the consolidation strategy with the objective of defining the next significant deposit in Canada’s premier mining districts.”
The Proposed Transaction is anticipated to be by way of plan of arrangement with approval of shareholders of Chantrell. The final structure of the Proposed Transaction will be described in an information circular of Chantrell which will be mailed to shareholders in connection with the meeting to consider the Proposed Transaction. The Osisko assets to be transferred include the Marban deposit, Garrison deposit, exploration properties and a portfolio of selected securities.
Completion of the proposed transaction is subject to a number of conditions, including, without limitation, negotiation and execution of definitive documentation, receipt of all necessary shareholder, third party and regulatory approvals, satisfactory completion of due diligence, conditional listing approval to list the resulting issuer (the “Resulting Issuer”) on the TSX Venture Exchange.
Chantrell intends to undertake an equity financing transaction in conjunction with the Proposed Transaction, which will consist of up to $10 million by way of a private placement of securities at a price of $3.88 per unit, each unit, consisting of one common share in the capital of the Resulting Issuer and one warrant exercisable for $4.46 to acquire a common share in the capital of the Resulting Issuer.
As a result of the proposed transaction Chantrell will be required to, among other things: (i) change its name to “O3 Mining Corporation” or such other name as may be acceptable to applicable regulatory authorities; (ii) replace all directors and officers on closing of the Proposed Transaction; (iii) receive conditional listing approval for the Resulting Issuer on the TSX Venture Exchange; (iv) consolidate its common shares on a 40:1 basis, subject to adjustment; (v) cooperate in the offering of Subscription Receipts. Chantrell may, from time to time, acquire further assets in exchange for shares or cash in connection with the Proposed Transaction; and (vi) seek a waiver or exemption from the TSX Venture Exchange’s sponsorship requirements.
The Letter Agreement was negotiated at arm’s length. Trading of Chantrell’s common shares will be halted pending further filings with the TSX Venture Exchange.  Further information, including the proposed directors and officers of the Resulting Issuer will be press released by Chantrell when available.
For more information https://www.osiskomining.com