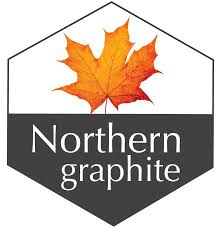 Northern Graphite Corporation announced it intends to increase production at its Bisset Creek Project by approximately 25,000 tonnes as part of its development plants.
The decision to increase production was supported by an economic analysis that indicated increasing annual concentrate production by at least 20 per cent can be achieved with a relatively modest six per cent increase in capital costs for the first phase of development.
A higher production would also reduce unit operating costs and is expected to have a very positive effect on the project’s net present value (“NPV”) and internal rate of return (“IRR”).
“The Bissett Creek project already has attractive economics at current prices and they will be further enhanced by the higher production level," said Gregory Bowes, Northern Graphite, CEO. "We do not believe this will significantly  increase the risk associated with introducing new supply into the market."
http://www.northerngraphite.com/
Most graphite deposits contain large resources but production must be “right-sized” for target markets as some large, low margin segments are currently unattractive to western producers.
Northern’s strategy is to focus on higher value industrial markets, mainly in the US and Europe. Many require large and XL flake graphite and the Northern Graphite  is fortunate to have a deposit with a very high percentage of these grades when demand is growing, Chinese production is declining and the only North American source is near the end of its life.
The first phase of development, for which a NI 43-101 Feasibility Study (“FS”) has previously been filed, contemplated producing 20,800 tonnes of graphite concentrate per year with a capital cost of $101.6 million.
Phase 2 involves a future doubling of production, based on measured and indicated resources only, to meet the expected growth in graphite demand. A Preliminary Economic Assessment (“PEA”) encompassing both Phase 1 and 2 is available on Sedar and is the current NI 43-101 report on the Project.
The company anticipates that the higher production level and lower unit costs contemplated in the latest analysis will result in a meaningful increase in the Project NPV and IRR for both Phase 1 and Phase 2.
The disclosure  relating to the project's economics is supported only by the sensitivity analysis within the PEA and does not reflect the PEA base case economic analysis. The PEA is based on measured and Indicated resources only.
The company’s press release dated December 12, 2018 provided a sensitivity analysis on Project economics in the PEA based on estimates of current capital and operating costs, exchange rates and commodity prices. The sensitivity analysis estimated a pre-tax IRR of 30.1 per cent (25.0 per cent after tax) and a pre-tax NPV of $304.9 million ($198.2 million after tax) using an eight per cent discount rate.

Northern Graphite also announced that  it has received approval from the TSX Venture Exchange to extend the expiry date of 3,909,166 warrants which are exercisable to purchase common shares of the Company at an exercise price of $0.40 and which were issued under a private placement that was completed on March 24, 2017. The expiry date for the warrants has been extended from March 24, 2019 to March 24, 2021.