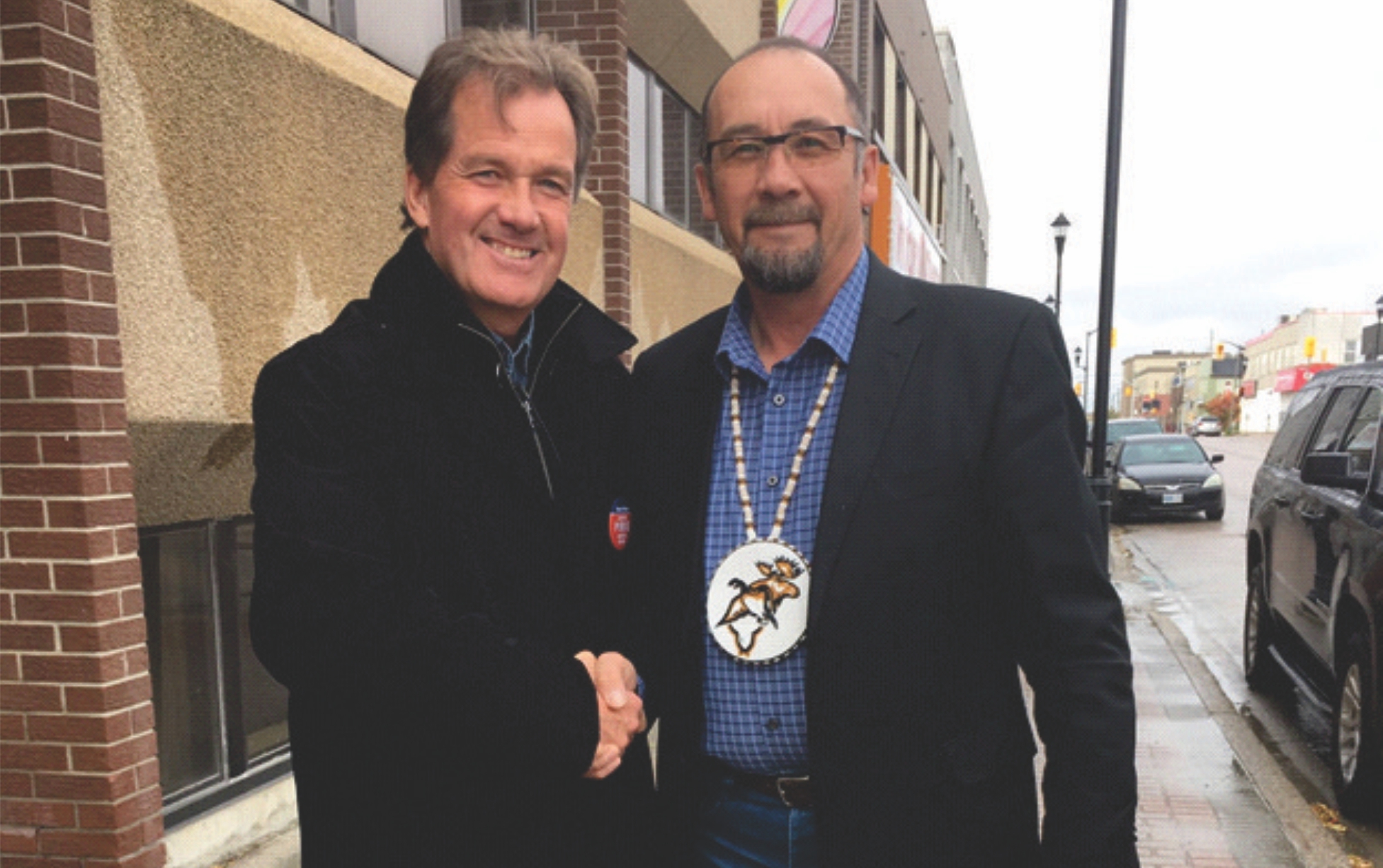 He’s a man on a mission. If Timmins’ new mayor gets his way, a new era in relations between Ontario’s indigenous peoples and municipal leaders is about to take place. Pirie was sworn in as the city’s top politician in early December and he has made it clear that he intends to dramatically alter the way Timmins does business with a particular emphasis on relations with First Nations communities, their leaders and community members.

The former Placer Dome Canada CEO won a landslide victory over one-term incumbent mayor Steve Black in the October 22nd election. Black had also served a four-year term as a city councilor in addition to a failed bid to become the area’s MPP. Black ran as a conservative candidate and was soundly defeated by the incumbent.
Pirie, meanwhile, has set his sights on redefining the landscape of resource extraction in Ontario, and the impact it has on traditional First Nations territories.
Pirie hinted at his plan of action during the campaign. In a 20-minute video released during the election, Pirie spoke about his lengthy involvement in negotiations with indigenous groups in Alaska that were based on an entirely different model than the one that dominates the Canadian history around resource extraction, treaty rights, and reconciliation.
As a starting point, Pirie wants to establish an organization comprised of municipal leaders such as himself and area mayors, along with chiefs and band representatives from across the north from traditional tribal territories.
“It may not have any official legislative power, we could call it a council, we could call it a senate, but we have to start,” Pirie told Mining Life in an exclusive interview.
“In my mind, the reconciliation process has to be one where we are sitting beside one another, not across the table from each other,” he adds.
Pirie says the reconciliation process needs to include recognition of traditional territories, mutual involvement in the healing process, and the introduction of a revolutionary new model that works.
“The best model I’ve seen is the Alaska model where 13 indigenous corporations were formed. Of course, this oversimplifies a very complex challenge, but the Ring of Fire is too important for everyone involved to continue negotiating the way it has been done for the past decade.”
Pirie is referring to the Calista Nation and their economic development group now based in Anchorage where all parties reached an agreement to safely and responsibly develop natural resources while providing significant opportunities to the Calista people.
From the beginning, Calista Corporation prioritized Shareholder involvement and environmentally responsible development.
Under the Alaska Native Claims Settlement Act, Calista’s regional leaders identified the Donlin Creek area as one significant potential. That potential was for Calista to fulfill an ANCSA mandate to safely and responsibly develop natural resources; and the significant potential to provide opportunities to Calista Shareholders and Descendants.
In 1996, Calista and The Kuskokwim Corporation struck an agreement for mining rights with Placer Dome, which has since been purchased by Barrick Gold.
Pirie was involved in that highly successful project and he’s anxious to bring that experience to bear in his new role as the head of Timmins city council.
“It allowed for a building of trust in the relationship,” Pirie ponders. “So that the Calista knew that their objectives of preserving culture and the environment were shared by everyone at the discussion table. But you have to be sitting at the same table to be able to build a trust in that relationship,” he adds.
“I see this being entirely possible with Timmins being at the center of it,” said Pirie. “Because it’s so obvious that the same type of opportunity exists in the James Bay Lowlands.”
Pirie goes on to add that it is time for things to move forward. “The status quo is not an option. The reconciliation process has stalled and that has to change.”
In a November gathering of Mushkegowuk Tribal Council leaders in Timmins, Pirie reiterated what he said during the campaign. “I talked about the beauty of consultation and what that meant, and what that could mean to advance the reconciliation objective.”
Pirie says he sincerely believes that the fundamental outcome today would be far different if companies operating in the northeast and northwest were dealing with the crown and First Nations as equal partners.
The challenge is everyone is mired in talks around IBA’s (Impact Benefit Agreements), MOU’s (Memorandums of Understanding), the environment and other matters according to Pirie. He says the pendulum needs to swing the other way.
“In any situation where one party has a technical advantage over the other regarding a piece of land or property and then makes an offer on that property to the other party, it will be legally disavowed because the courts recognize that one party had fundamental information that should have been shared with the other person,” states Pirie.
His deep grasp and passion for the topic is not lost on indigenous leaders such as Mushkegowuk Council Grand Chief Jonathan Solomon.