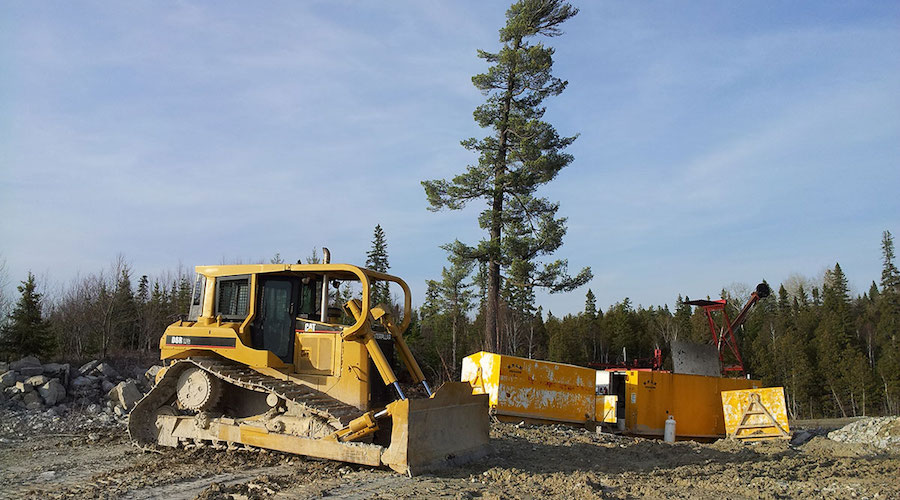 A month after closing the aquisition of Rapier Gold, GFG Resources (TSX-V:GFG) announced the launching of an aggressive exploration program at the Abitibi greenstone belt, which is located west of Timmins, Ontario.

In a press release, the Saskatoon-based company said that the fully funded, C$3 million exploration program will be conducted 30 kilometres west of the Timmins West gold mine and will include airborne and ground geophysics, till sampling, prospecting, mapping, and approximately 8,000 metres of diamond drilling.

According to the firm’s President and CEO, Brian Skanderbeg, this is the first ever systematic, district-scale exploration program in the under-explored portion of the Abitibi greenstone belt. “Our 565-square-kilometre land package has all the geological hallmarks that have led to over 70 million ounces of gold production in the Timmins gold district and the recent multi-million-ounce gold discoveries at Borden Lake and Cote Lake. Our goal in 2018 will be to build a sound structural model utilizing modern exploration techniques to define and prioritize drill targets focused on making a new gold discovery,” Skanderbeg said.

The executive added that the 2018 program is aligned with the overall objective to drill test six to eight priority targets that are prospective for high-grade gold mineralization. He explained that the majority of the campaign and drilling will focus on the Pen Gold project located between Goldcorp’s Borden Lake gold project and Tahoe Resources’ Timmins West gold mine.

A high-resolution helicopter-borne magnetic survey was already conducted over a large portion of Pen Gold property. With the data that the survey provided, the miner will build a property-wide structural model in order to trace the main deformation zones and prospective second-order structures. “These data are crucial to providing context to known occurrences and will identify new structural targets,” the brief reads.

For the Dore Gold project, GFG said that field work and data compilation will be done to better define drill targets for a future drill program.